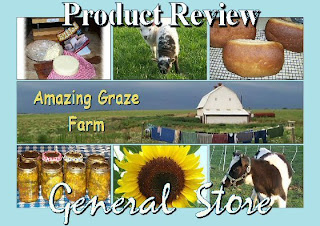 On Thursdays I plan on highlighting a product that we carry in the General Store. This will give people a chance to hear about why we chose to carry that product.

Today, I want to highlight the Bosch Universal. I use the DLX, but more people I know use the Bosch. I have 2 people who I really trust their testing and reviews of these 2 products (DLX & Bosch). One chose the DLX and the other chose the Bosch. The one thing that they both said though was they are both great machines. =) I would have no problem owning and using a Bosch.

It has a very powerful motor and can handle up to 15 lbs. of dough. One of the big differences between this and the DLX is the lid on the Bosch. It can be in place while kneading your dough. It keeps everything contained. It has many attachments that can be used with it. One is the blender. I called and talked to a friend this morning who uses the Bosch. She said she loves the blender and that it is the best blender she has had. She has made peanut butter, hummus and mayo in it. There is a meat grinder attachment. There are other attachments that can be used with it, such as pasta disks, a fruit and berry press, grater for nuts and hard cheeses, and a cookie and pastry press. 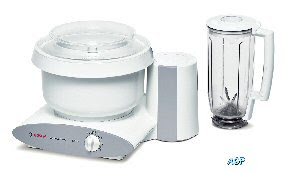 They also have a Bosch Compact that will handle smaller amounts of dough. 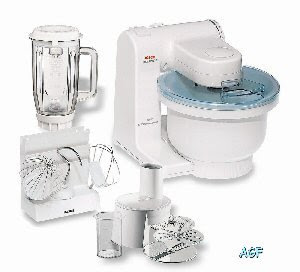 These are great machines if you do a lot of baking and make your own breads. I would highly recommend this machine.

It is available in our General Store. An update on the store. We have the shopping cart installed, we are now setting it up.
Posted by Marci at 10:11 AM

Yes! The Bosch is a very good machine that is powerful and does a good job. The blender is wonderful! (I am that friend who said that it is the best blender I have ever had.) If you need a mixer that does large jobs easily, I recommend the Bosch.
:-D