It Didn't Even Take Dynamite!!

I realized that I did not like to leave the farm, but it must be worse than I imagine it to be. My dear friend Ginny has asked me to accompany her several times recently and it just never worked out. The last time she asked me, she said, it was almost impossible to get me to go anywhere. =) She called this morning to ask me to go to town. I had a terrible headache that I woke up with. My neck is out and if I sleep a certain way, I wake up with these horrible headaches. I told her at that point, I was not going anywhere, but I was sitting up in a chair with my neck supported and that sometimes helped. If it got better by the time she wanted to leave, I would go with her. When I called her to tell her I would go, she was already in transit... to my house.... I guess she was going to get forceful. =0 We ran around town and stopped at several stores and got what we needed. She took me out to some property that someone she knows has bought. It was beautiful. We tramped around in the woods. Crocs are not the shoes to wear while tramping in the woods. Ask me... I know!! On the way down my road bringing me home, we had friends who were out walking. The daughter commented to Ginny.... "How did you get Marci to go shopping with you?" I guess I am known for being a stick in the mud. =) Ginny commented that she guilted me into it. Thus my title for this post.... =)

Here are pictures from today. These first two were of a tree outside a store in town. 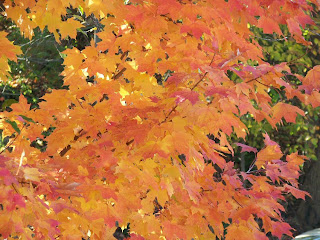 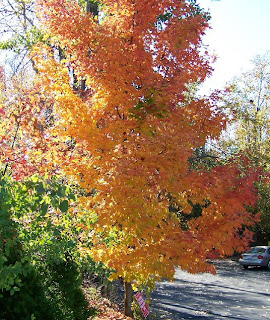 These next ones are all taken at her friend's property. 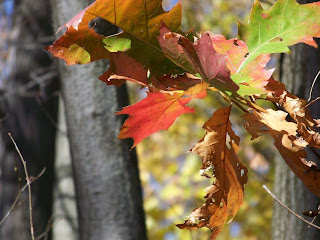 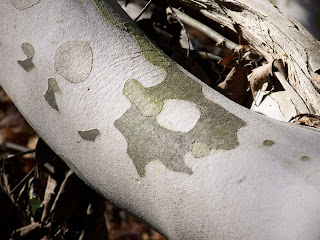 This is a nest up in a tree. 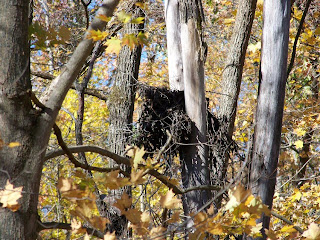 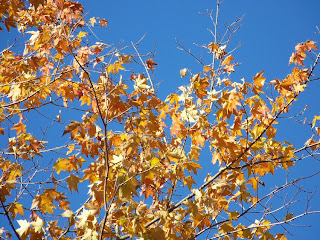 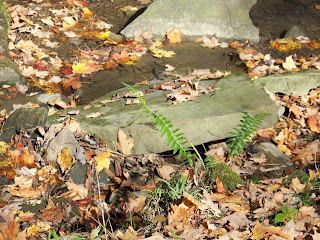 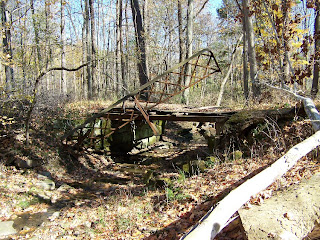 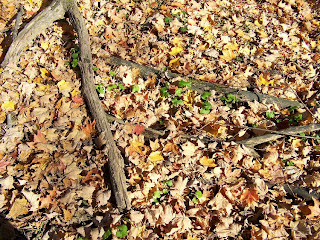 I also have to be pried out of the house. As I get older,I just hate to go anywhere. I'm not sure why. I take the gransons to the farm twice a week and that's about it. It's an enjoyable time. The boys did get me to go to Walmart with them on the weekend, but I'm really not a shopper if there's nothing that I need. I'm an in and out kind of person when shopping. I go into the store, grab what I need and head for the checkout and the door.

I enjoyed the photos, especially the one of the fern. The autumn colors are beautiful. We didn't have much color here this year.

I'm glad you two went and had fun--just wish I could have gone toooo!!!

Please stop by my blog. I have a little something for you.

I love these photos! Having lived in Florida before, I know you will understand when I say that I MISS autumn!
I love the winters here and we do experience about a week of "fall" when our maple tree in our front yard finally turns colors and drops it's leaves. However, most winters, the leaves drop off so late in the season that the new buds are already forming on the tree.
My husband and I always get the itch to move in the fall. But we'll likely live here forever. :-)
Thanks for sharing the pictures and I do hope that you had an enjoyable day out.:-)