Michael was going to bush hog the bigger part of our garden that was all done. We have garlic that is ready to plant, so we had to bush hog the weeds down and then till up the garlic bed. The dogs were chasing after Michael as he cut down the weeds. They found several mice which they ate.... GROSS!! The pup found a huge grasshopper. She would sit it down and it would hop away from her. She would pounce on it and hold it in her mouth awhile and then put it down. It would hop again and then she would get it. She is so much fun to watch. It is hard to tell from this photo, but the weeds were already as high as the dogs. They are standing in the cut area and right on the other side of them is not cut yet. 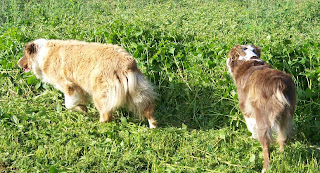 Here is the puppy. She is almost the size of the other dogs now. She still loves to bite the water coming from the hose when you fill up a water bucket. She keeps our front yard looking like a trash storm. She chews up whatever she finds and spreads it across the lawn. 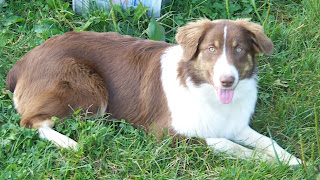 This is Belle. She is in a bit of depression. She cannot be out when the puppy is. Belle has bad habits and she is trying to teach them to Dixie. So, unless we are out there with them, either Belle or Dixie is in the house. Belle does not understand though. 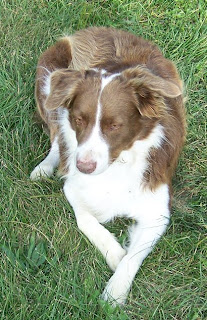 This is Star. She is still the Queen Bee around here. She lets us know that she is special and needs to be treated as such. She will be 10 this week. Belle turned 5 last month and the pup was born in April of this year. 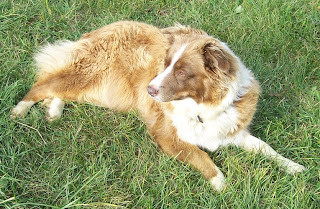 Here is Dixie running around for another chance to chase the tractor. =) 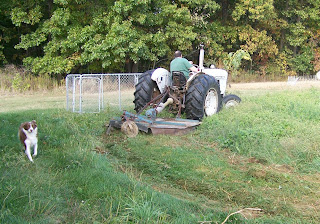 Even our corn got cut down. Normally I save some of the stalks and make Autumn decorations out front. This year, it is a mess out front, so I am not going to do that. 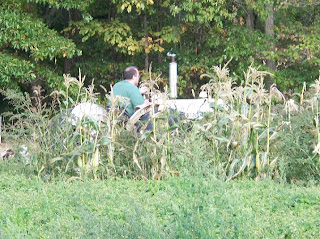 Here are some peppers and tomatoes that are still growing in the garden. That is unheard of in October in Ohio. We have never had the first frost. This is some of my banana peppers. 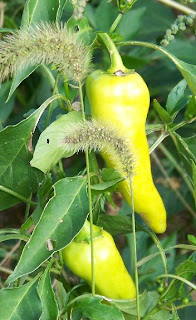 Here are some peppers on the orange bell pepper plant and you will see some yellow ones below that. 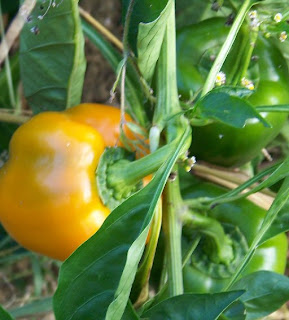 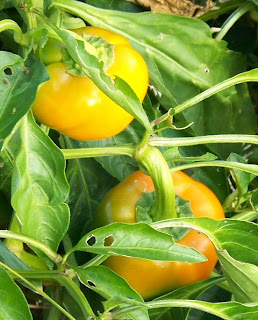 These are cherry tomatoes. They were very plentiful and very sweet this year. 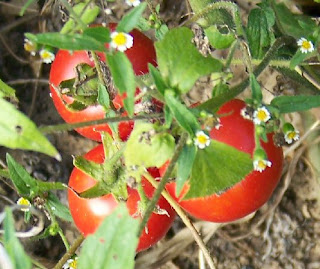 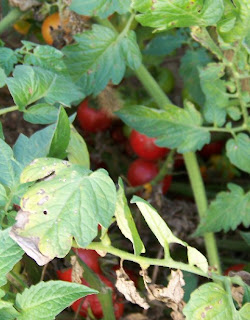 Here is one of our red bell peppers. All of our colored peppers did great this year. We have lots in the freezer for this winter. 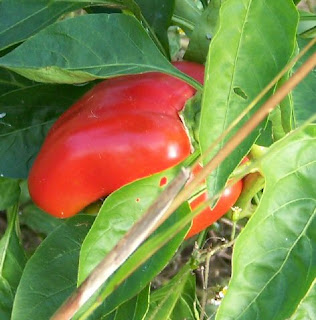 Michael and I went for a drive on Saturday. He had to put air in the tire behind the gas station. This is a stack of milk crates right outside the back door of the gas station. It is hard to see on this picture, so I made the next one bigger of what one of the red crates says. I thought that was a cute idea. It made me smile. There was an older couple that came out and got into a car parked beside us. I watched them as they saw this and it made them smile too. 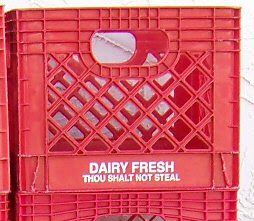 I really did notice how much lighter Star's fur has become. I didn't recogize her!