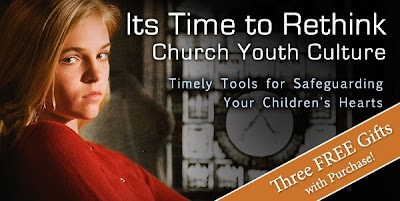 Many parents will fork out big bucks to send … students to Christian college, hoping to protect them in their faith. But the fact is, they are already gone. They were lost while still in the fold. They were disengaging while they were still in the pews. They were preparing their exit while they were faithfully attending youth groups and Sunday Schools.
—Ken Ham and Britt Beemer, Already Gone

One of the hallmarks of American culture in the late twentieth century was the revival of the cult of youth. With its roots in Greco-Roman paganism, the worship of youth and the rise of a distinctively family-fragmenting vision of teenage life has dominated our media, our entertainment, our schools, and the very fabric of modern life. But nowhere is the conquest of the cult of youth more evident than in the Church. Frustrated with the absence of real parental involvement in the lives of the next generation, and desperately hoping to reach young people with some Gospel influence, the modern Church in America has drunk deeply from the youth culture phenomenon. This is most obvious in church youth groups, youth-driven worship programs, and even Sunday Schools. Now, after more than a half-century trend, the results are in, and they are not good — our youth are defecting en masse from biblical Christianity. 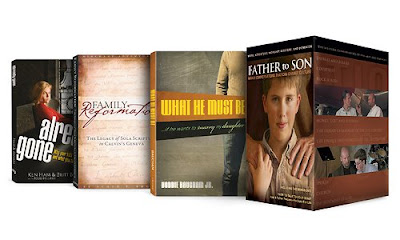 Order the Rethink the Youth Culture Toolkit
This trend has long been recognized by researchers — the fact that 61% of youth abandon the church during their 20s — but a common assumption has been that young people lose their faith due to their college experience. Thanks to penetrating new research spearheaded by Ken Ham and Britt Beemer, a startling conclusion has emerged: Youth who regularly attended the most conservative, Bible-believing churches in America during their teen years were, in their hearts, already gone. To quote Ham and Beemer: “They were lost while still in the fold.”
Ham and Beemer have also uncovered hard evidence to support this surprising conclusion: that “Sunday School is actually more likely to be detrimental to the spiritual and moral health of our children.” Those who faithfully attend Sunday School are more likely to leave the church than those who do not — and to doubt the Bible’s reliability.
The evidence is in: The Church’s current model for reaching young people through youth groups and Sunday Schools is a failure. These programs are not only, on the whole, falling short of their aims, but they are actually contributing to the epidemic departure from biblical principles on the part of young people, as well as the massive defection from the Church of Jesus Christ. In short, the Church has proven to be its own worst enemy.

The Problem Addressed:
The ‘Rethink the Youth Culture Toolkit’

Now Vision Forum is pleased to present four ground-breaking tools designed to help you understand and combat this trend — the Rethink the Youth Culture Toolkit. These resources will help parents rethink their training priorities and establish discipleship goals that will help them safeguard their children’s hearts.
Already Gone 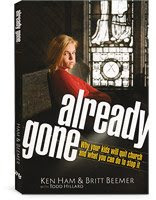 Already Gone, by Ken Ham of Answers in Genesis and Brit Breemer of America’s Research Group, offers a thoroughly-documented diagnostic of the views of twenty-somethings who were raised in solid churches, but who are now no longer attending church — and it gives their reasons why. The book demonstrates why America’s churches have lost an entire generation of believers, and details how youth groups and Sunday Schools are contributing to the epidemic, rather than helping to alleviate it. This groundbreaking research is incredibly valuable for those who desire to understand our youth’s abandonment of the faith. 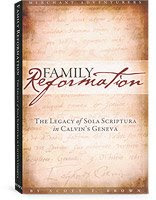 This new book by Scott Brown demonstrates how John Calvin touched off a family reformation in the sixteenth century through his careful evaluation from the Scriptures of issues such as marriage, manhood, womanhood, courtship, child raising, fertility, and abortion. Like no other Reformer of his time, Calvin provided the exegetical precision that defined the terms for a biblical vision of family life, making him the instigator of a massive restructuring of the most fundamental institution of society. This book offers the main themes of Calvin’s teaching on family life in his own words, and addresses the husband-wife relationship, courtship, modesty, discipleship and discipline of children, care for widows, how parents should respond to prodigals, and much more. Though he was born five hundred years ago, Calvin’s biblical wisdom on family life offers truths that are much-needed in our day.

What He Must Be . . .
It He Wants to Marry My Daughter 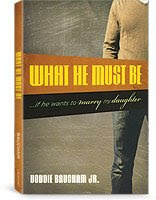 Most would agree that we need to raise our boys to be strong men, but what does this look like? What makes a man a man — one worthy to marry another’s daughter and equipped to lead in a perverse generation? In What He Must Be, Voddie Baucham breaks this picture down into ten desirable qualities. Not only should parents of young women seek these ten qualities in a son-in-law, he argues, but parents of young men should strive to cultivate these qualities in their sons. What He Must Be is a helpful resource to prepare sons for marriage.

Father to Son: Manly Conversations
that Can Change Culture 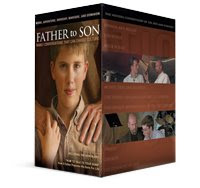 Fathers need to begin speaking to their sons. But the conversation can’t be aimless or trivial. Fathers need to talk in manly and specific ways about the duties of Christian manhood. This six-part DVD series is designed to provide fathers and future fathers with simple examples of manly discussion. These informal, unrehearsed conversations between Geoffrey Botkin and his five sons show how it can be done. Each episode tackles an age-appropriate discipline of manhood. Issues covered include: flirtatious girls, moral purity, and courtship; debt, investments, and business; personal discipline and integrity; pop culture; higher education; and much more.

Save 29%, Plus Receive Three Free
Bonus Products with Your Purchase

Now through July 28, purchase the Rethink the Youth Culture Toolkit for only $75, and receive these three free bonus products with your order: 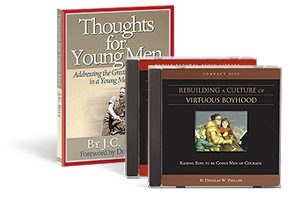 Thoughts for Young Men by J.C. Ryle (Book)
The Role of Children in the Meeting of the Church (CD)
Rebuilding a Culture of Virtuous Boyhood (CD)

Order the Rethink the Youth Culture Toolkit
Posted by Marci at 8:52 PM