Death of a Gladiola 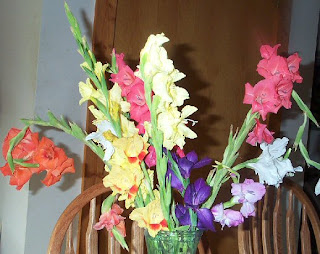 Gladiolas are such beautiful flowers. Their long green leaves and stems shoot up high and straight into the air. You start to see the buds form, at first flat and folded into the leaves. Then as the gladiola stretches even higher toward the heaven in Praise to the Lord, the buds start to move apart and down the emerging stem.

I think that when most people think of the death of a gladiola, one of two pictures would come to mind. The first might by the fact that their known enemy is the wind. The wind can knock them over very easily if you do not have a support of some sort there. However, this does not really kill them, as they continue to bloom and the tip on the end of the stem turns upwards to the sky. The other death you might think of is how they flowers start opening at the bottom of the stem and move their way up. By the time, the top of the stem is in full bloom, the bottom flowers are dying off and look sort of sad. The gladiola still shines forth its beauty until that last flower fades. 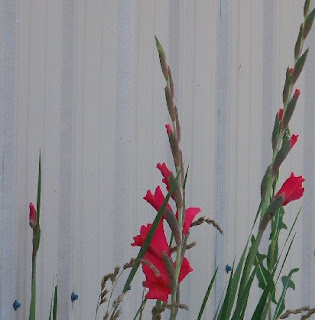 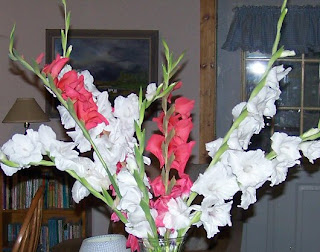 What then do I mean by the death of a gladiola? Well, I went out the front door this morning and saw what appeared to be gladioloa leaves strewn about the gravel. 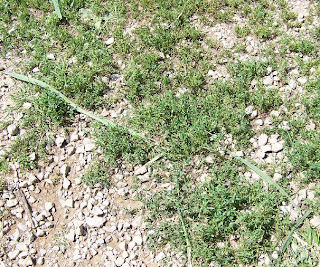 Yes, they were gladiola leaves. They had been shredded apart and were laying in a sort of line. Maybe this line is leading to the culprit. What do you think? 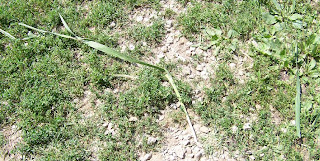 I kept following the path of shredded mayhem. Wondering what could possibly be so angry at a beautiful gladiola...

I found the beautiful white blossoms and buds ripped apart and laying in the over grown grass to die. They never got to shine forth their beauty. Some of you may remember the snowman slayer mystery that I had this past winter. It was solved. We found out it was the brown dog next door. She has gone on to her new home, so it could not be her. Then what did I spy sitting among the evidence... looking (or at least trying to) so innocent? 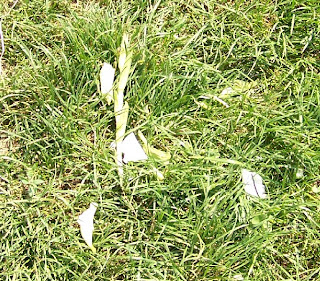 It is the Pond Puppy!!! She can't stay out of the pond and is constantly wet. She felt really bad about killing the gladiola. She thought maybe it was a beautiful toy that was left out for her enjoyment. Should I forgive her?? 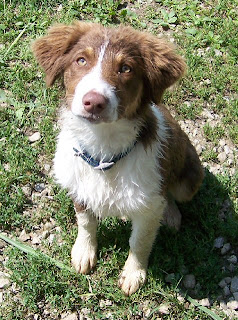 You just HAVE to forgive her. lol I know that I can't stay mad at our dogs. sigh!

NO! You should never forgive her, unless she licks your ankles with deep remorse!

Well Ginny as you have experienced... If you have a dress on, she licks your legs clear up to your knee. She has not learned dog rule #1 at our house.... Don't lick ME!!!!!