Vision Forum Give Away!!!!

The sign-up for the give away is closed. We will pick the winner and post it either tonight or tomorrow.

Vision Forum is giving me the privilege of giving away one of their new Album CD Sets. Here is what you need to do to enter into this give away. Read about each of these sets below and leave a comment that tells me which one you would like if you win and why. You have to tell me which album you would want, or your entry does not count. You may get a second entry by putting a post on your blog about this give away and then either email me or leave a comment telling me where I can find your post. You need to have your entry in by midnight EST on February 26, 2009. That is Thursday night.

God’s Word speaks volumes to the relationship between fathers and daughters. On 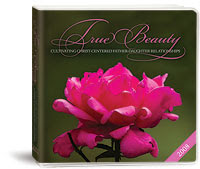 e of his most sacred duties is her protection and preservation from childhood to virtuous womanhood. In these powerful messages given at the 2008 Father and Daughter Discipleship Retreat, speakers Doug Phillips, Scott Brown, Geoffrey Botkin and daughters Anna Sophia and Elizabeth Botkin illustrate elements of this important priority as they explore such topics as how to build the father-daughter bond, true feminine beauty, the Proverbs 31 woman, how to transition from beautiful girlhood to noble womanhood, and how to prepare daughters for marriage. Other highlights include a look at examples of godly, dominion-oriented womanhood from the young pioneer girls of the nineteenth century, as well as the special importance of the thirteenth year in a girl’s life. 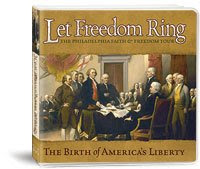 Philadelphia Faith and Freedom Tour, as recorded on location in historic Pennsylvania and New Jersey. Journey to Philadelphia—the Cradle of Liberty—where the first Continental Congress convened and patriot leaders later signed America’s Declaration of Independence. Follow General George Washington through some of his most difficult and daring days of service—from his loss at Brandywine and his long winter at Valley Forge to his famous crossing of the Delaware and his surprising victory at Princeton. Walk the halls of the College of New Jersey where Presbyterian pastor John Witherspoon trained one-fifth of the members of the Constitutional Convention, and visit the nearby graveyard where such godly luminaries as Jonathan and Sarah Edwards, Samuel Davies, and Ashbel Green are laid to rest. Album features tour messages given by Douglas W. Phillips and historian William Potter.


With our nation’s legal heritage under attack, it is imperative that Christians be armed 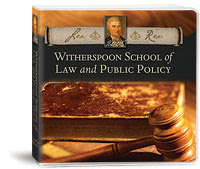 with biblical answers to the various law and public policy debates that are raging in our land. In this special Witherspoon School of Law and Public Policy conference album, learn from some of America’s leading Christian statesmen, legal scholars, and public policy advocates as they tackle such issues as the Christian foundations of Western law, the legal challenges surrounding America’s border wars, the Supreme Court’s recent ruling on the Second Amendment, defamation in the blogosphere, the battle for biblical marriage, the state of parental rights, and more—all from a distinctly biblical perspective. Lecture topics include:

* Introduction to the Christian Foundations of Western Law
* Christian Jurisprudence: Biblical Law, Natural Law, or Positive Law?
* The Bible and Female Magistrates
* Symposium on the Reformation and Law
* Christianity and the Courts
* An Introduction to the Theology of Church and State
* The Battle for Biblical Marriage
* Defamation in the Blogosphere
* You May Not Take Our Guns
* Biblical Law, Ethics, and Public Policy for Lawyers
* The Significance of the Electoral College
* Genesis and Geneva: The Emergence of Liberty in the West
* And Much More!


Christian filmmaking is coming of age, and the 2009 San Antonio Independent Christian Film Festival represented a watershed moment in that development. This audio collection provides a cross-section of 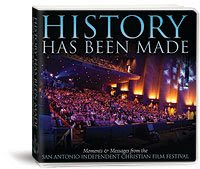 key moments and messages from this historic festival, including a behind-the-scenes look at Fireproof by Stephen Kendrick and Kirk Cameron; special performances by George Sarris and the Von Trapp Children; the Lifetime Achievement Award acceptance speech and “Give Me Liberty” recitation by Dean Jones; an examination of Christian philosophy of entertainment and the decentralization of media by Kevin Swanson; a musical tribute to the Reformation by Doug Phillips and Charlie Zahm, along with highlights from opening and closing ceremonies. This, and much more!


Hope is rising in the Christian film movement, and the 2009 Christian Filmmakers Academy bore witness to this fact as more than 500 students gathered to seriously explore how to build a Christ-honoring replacement industry outside Hollywood. Lights, Camera, Action! featur es highlights from this important academy, including:

* A two-part lecture on cinematography
* An analysis of how Christians should depict violence in film
* A blueprint for how Christian filmmakers can rightly employ the Science Fiction genre
* A look at the twelve most common mistakes of beginning directors
* Practical tips on how you can improve a film in ten minutes
* A panel discussion with feature filmmakers such as Stephen Kendrick of Fireproof
* “How to Win the $101,000 Best of Festival Award”
* A special address by actor Dean Jones outlining why Christians should build an independent film movement outside Hollywood
* A bonus DVD of lecture slides from the event
* And much more!

Start reading and leave your entry in the comments section!!!
Posted by Marci at 11:59 PM

Hmmm, I am stuck between Let Freedom Ring and True Beauty....the latter because of my beautiful girl and her Daddy, and the first because Aaron and I both LOVE American History. Decisions, decisions! Okay, let's go with....True Beauty. :) That was almost as hard as going out for ice cream...WAY too many good choices! :-/

Our family would enjoy the last cd about the 2009 film festival; Lights, Camera, Action. Ben has been making short films for fun. He would be able to learn a lot from people who have already been where he is now. I think it would be great for him to learn from these Christian film makers.

Hi Marci,
We would like to take a shot for True Beauty. As you know I have seven girls now and we can use all the help we can get. Unfortunately these seven girls pappa didn't come from a good background so ignorance prevails in many of these areas. Thanks for the opportunity.
Mark and girls.

Let Freedom Ring. My grandchildren are very interested in this subject. Thankyou.

True Beauty would be a blessing to our family. With a teen daughter and another soon to be teen, we are navigating new waters every day and could use some help! Thanks Marci! Lisa in NM

I have always been fascinated with History. Especially American History. So, I would like the CD set Let Freedom Ring.
Nathan

Oh Marci, I would love to have the True Beauty set. Why? Because I have three little girls who are growing quickly and am always looking for godly advice and thoughts.
Patricia

I would like the History Has Been Made set. We were blessed to be able to attend the SAICFF 2009 and the set would be a nice momento.

I am interested in a career in the area of public policy, and I was excited to be able to attend the 2008 Witherspoon School of Law & Public Policy, where I learned a lot from the different speakers. An analogy that was shared at the conference that appropriately described it was that being there was like "drinking out of a fire hose." It was impossible to absorb all that was taught there. For that reason, I would like the Witherspoon set as a refresher of the material I learned there.

I would like the True Beauty CD series. One of my greatest desires is to be a Godly young lady and a future wife and mother.

Thank you for this opportunity to receive a free CD set of godly teaching. I am most interested in the True Beauty set, being a daughter myself and desiring to have godly daughters someday.

Hi, please enter me to win the History Has Been Made set. Thanks!
Kimberly wadeandkimd@yahoo.com

Please enter me in to win the "Let Freedom Ring" CD series. My family has never been to Philly, but we'd love to learn more about it and the founding of our country!

I linked here from our family blog:
http://blog.thewilli.com/2009/02/24/sundry-giveaways-and-contests/

I would love to have True Beauty for my husband and daughter. I have posted a link to your give away over on my blog www.pkdmom2five.blogspot.com We are a family of seven with one daughter. Many times it is hard to find the balance of a father/daughter relationship with sooo many boys around.

Hi!
I would love to have the True Beauty CD. I have 2 daughters still at home, ages 8 and 16. We need some guidance on how to help the 16 year old finish growing up! she is a lovely christian girl who wants to pursue courtship instead of dating. I am not sure how to help her. I need some help! thanks and God bless, Ann
afptl at fust dot net

Marci,
Would love to be entered for Let Freedom Ring...the boys love history and this sounds wonderful.
Blessings!
Cheri

Thanks very much for this opportunity. I would love to win the History Has Been Made album.
Thanks again!

Oh goodness... to have to choose! I would either choose the Jamestown set, or the Father/ Daughter set... Not sure which! Probably the Father Daughter one since we have 6 daughters...

Hello Marci! I have posted on both my blogs about your contest :) I really admire your life. And thank God everyday for friends like you :)

I would choose the True Beauty album. I blogged about it here: dixiemaiden.blogspot.com

Thanks for doing this!

Hi!
I typed the wrong email address for my entry. I am hsmama, ann
my correct email is
afptl at fuse dot net
thanks! I am hoping for True Beauty for my 2 beautiful girls!!