Please Pray for my Brother Doug

I am the only girl in my family. I had four brothers, 2 older and 2 younger. Doug is my baby brother. I was 8 years old when he was born. Both of my younger brothers were my babies. About 3 years ago Doug had some health issues with his lung. He had part of one lung removed. At the time they wondered about his heart because of the chest pain, but ruled that out and figured out it was his lung.

He had to take some medical tests for work. During those tests, they noticed an irregular EKG. They told him to follow up with her own doctor, which he did. A stress test was ordered. The stress test showed that he had less than 20% use of his heart. The doctor was all concerned and asked if he had walked up the stairs or taken the elevator. Doug had taken the stairs 2 at a time. He then started asking how he was feeling, etc. They said he could drop dead at any moment.

They sent him to a heart doctor and he had an ultrasound done of Doug's heart. To make a long story short, the first test was right. The doctor kept saying he was amazed and had really thought the first test could not have been right. He was shocked when the test he ran confirmed it. Doug had a heart cath today. There is no blockage. They said that sometime in the recent past he has had a massive heart attack. They tried to think back and could think of a couple of times he felt weird, but nothing like he was having a heart attack. They are going to put in a defibrillator/pace maker combination device. He will have to make some major life changes and start taking some medications. They are hoping to get it up to 30%.

Pray for his wife Debbie, and their boys, Jake & Nick. Thanks!! Also, pray for my Dad. He has such a hard time seeing someone in his family hurting in anyway.

Here are some younger pictures of Doug. 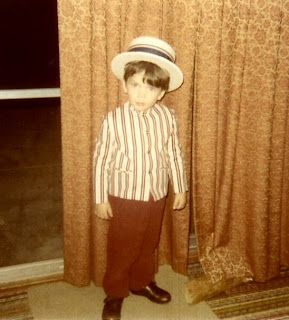 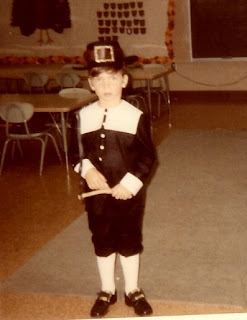 Here is my Dad and my four brothers. 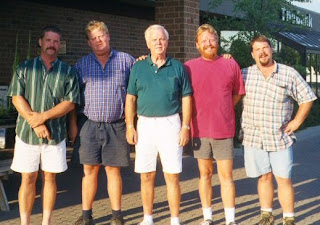 This was a couple of years ago. Ain't he cute?? 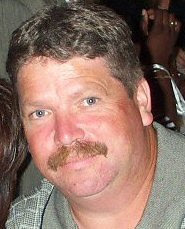 What a cute little thing he was! I pray the Lord strengthens him and his wife and he can live for many, many years to come.
Patricia

Hi Marci,
This is terrible. We will keep your brother in our prayers!

We will be praying for your little brother and his family.

Marci, I will be praying that this procedure goes smoothly for Doug.

Marci,
I will be praying for him. I have two older brothers and I remember well what it was like when one of them was diagnosed with a brain tumor. It was heart wrenching. He did have a full recovery after surgery and it wasn't malignant, thank the Lord!! Hey you grew up in a family like the one I am raising...4 boys and 1 girl!!
grace and peace,
julie

Praying...and wanted to say thank you for keeping us updated.

I love the pilgrim picture! I will pray for Doug... that is really scary. Praise the Lord that they did that testing at work! God surely had his hand in that.

Praying for him and the family, Marci. Keep us updated.
Love, Teresa

I will pray for Doug. I love your music.God Bless you.
Lisa~