New Babies On The Farm

I have been saying that I wanted some banty chickens to put out in our big barn. I love the silkys. I used to have a white silky rooster. He looked sort of like a miniature ostrich with a bad hair day. =) Something must have gotten him. I want just a few out there to scratch through the manure and eat the bugs and larvae. Ginny had ordered chicks for her farmstead and I rode with her to go and pick them up. We spent the whole day together. She picked me up at 8:30AM and we did not get home until almost 6PM. We stopped at a lot of places.... thrift stores, greenhouses, fabric stores. We found some real deals. I had a friend who had an older set of Corelle dishes. She was looking to replace some of them that had been broken. They no longer sell them. I found a whole set that looked like brand new. I also found some dresses for another friend's little girl. She was having trouble finding clothes to fit her. All the dresses I found were on the 1/2 price rack or on the 25 cent rack.

Anyway, the second to last stop was the hatchery. I asked if they had any extra banties and they did. They did not have any white silkys, but they did have some partridge silkies and red ones and one other type. I told them I would take 4 of whatever they had. They gave me 2 partridge and I am not sure what the other two are. Here they are in our HUGE brooder. We had to put some boards in there to make the area smaller. 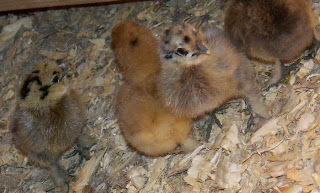 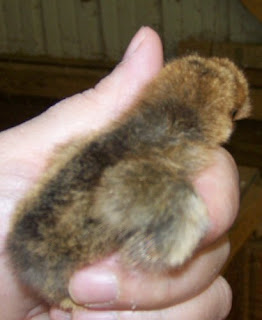 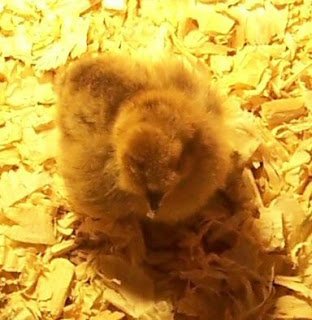 It really looked funny to have just 4 little chicks in there after just seeing 125 in there.

My Echinacea is opening up more. I did not realize it took that long for a bloom to open. 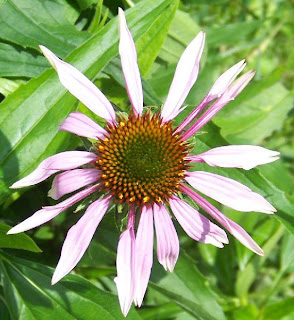 The orange lilies are also blooming. My cows ate some of them down to the ground. 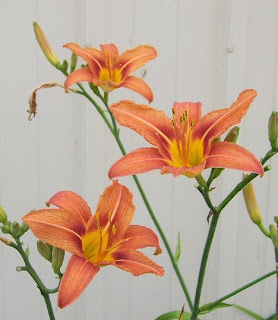 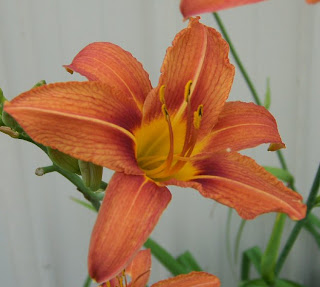 Does anyone know what this is? I think it might be some sort of wild geranium or something. I am not sure if it is something that was planted or if it is a weed. =) The flower looks white in the picture, but it is actually purple. 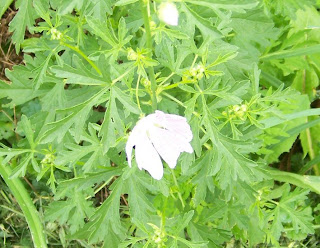 Because I was gone yesterday, I have a ton to do today, so I had better get back at it!!!
Posted by Marci at 1:49 PM

Yeah, I heard you were out gallivanting around yesterday. ;o) Sounds like you had a wonderful day. I miss taking trips to Holmes county...but gas prices make it nearly impossible. At least I know I get to go in September with a friend. :D

I really had a good time, yesterday, even though I ended up being VERY tired. Thanks for going with me. :-D Those orange lilies are "daylilies" and so are the Stella D'Oro lilies, just different varieties.

The chickies said, "Hi!" They miss you. They spent half their life, thus far, with you. ;-)

The chickies are adorable! They look so soft. :0)

I wish I could have gone with you two on your road trip! Sounds like you had a great day!

Hi Marci,
Your baby chicks are so cute!
The flowers are very pretty too.
That first picture of the orange lilies looks like a painting!

Have a great week!

I love your blog! All that new life!
Blessings!
Lacy