Thoughts From My Heart 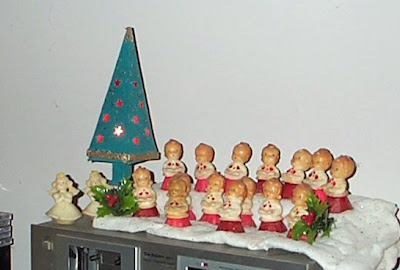 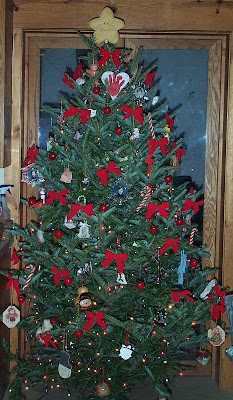 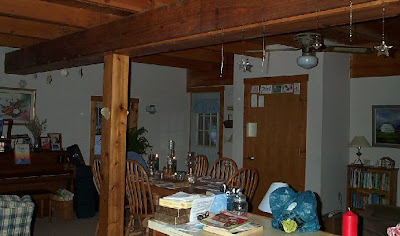 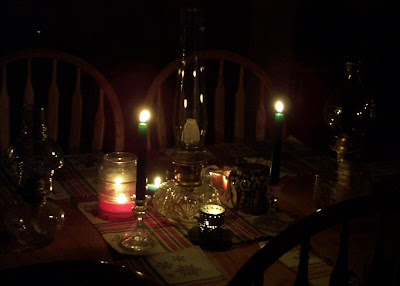 I know what you are thinking. :) No, I do not have my Christmas decorations up. I do love the season though. So many good songs that only get sung in December. So many good smells of pine and cinnamon and baking. Greetings from friends who you don't see very often. Letters that tell what has happened in their family over the last year.

I have been the lone female in my house for a long time. When I lived with my parents, I did have my Mom, but her and I were out numbered by my Dad and four brothers. It is nice when there is another woman to share with. I think that is why I still grieve the death of my Mom so hard at times. She was my female family connection. Now, God has blessed me with a beautiful (both outside and in) Daughter-in-love. She fills a special Brittany sized hole in my heart that I did not even realize was there until she filled it. I am thrilled beyond words that she is a part of our family. I am blessed that usually at least once a week we spend a day together. This past week, I found out that she and her family loves Christmas like I do. They start on November 1st by getting out the Christmas music and listening to it. They will watch one of the wonderful Christmas films and enjoy hot chocolate together. I really feel like I NEED to make her feel more at home, so I got out the Christmas music. :) I have been listening to it. I get to hear songs that make me think deeper of the season. I think of the song... "Mary Did You Know" and think about what DID Mary think or know. My favorite line in the song is the one about when she kisses her baby, she is kissing the face of God. Did she really KNOW that?

God the Son came down from all His glory in heaven and truly humbled Himself. He did not come as a king riding on a horse with a big parade and lots of fanfare. He did not arrive in the best palace or home. He was not given the biggest fluffiest mattress they could find. He came as a tiny helpless infant that needed his diaper changed and needed to be fed. He was born in a stable among the animals. His bed was an animal feed bin.

Another one of my favorite songs is called "Go Thee Down". It talks about the shepherds up on the hill that were told of the birth of the baby in the stable. The song says "Don't be afraid, but be excited. You're the first to be invited" What an honor they were given. They were the first ones invited to come and worship!! Then it tells them that after they see the child "Go tell everyone you see. He's the One we've waited for, we're not waiting anymore" Imagine... how long had they waited for the Messiah. Here He was. A little brand new infant. I love to imagine myself back there. What would I think? Would I believe?

I also think about that tiny little baby was born so that He could die. I know that we all die, but that is why He came. I am a sinner. I deserve eternal damnation in hell. He came to grow up and be tempted like I am. Yet, He did not fall to temptation and was without sin. He was perfect. He took my place on that cross. He did not deserve to die especially that horrid kind of death. Yet, He willingly and lovingly took my place there. Now, when satan comes before God and accuses me and demands satisfaction, Jesus stands up and says that my debt is paid in full. PRAISE GOD!!! I am so undeserving, yet He loved me that much. He LOVED me!?!?! I want to remember this every day. I should remember and think about this every day. At Christmas time, this is what I think about a lot. I have heard the arguments that we aren't told to celebrate His birth and that He was not even born in December, and all the other ones. I want to celebrate and remember and ponder and meditate on what He has done for me. I won't push it on anyone else. I won't judge anyone else who chooses not to celebrate. However, it is a very special time of the year for me.
Posted by Marci at 9:10 AM

Email ThisBlogThis!Share to TwitterShare to FacebookShare to Pinterest
Labels: Christmas

Wonderful thoughts Marci:-). I can't wait to put our decorations up! My new motto is "why not celebrate?!":-)

great post...
BTW....my husband is on vacation this week so I *think* we might put up our Christmas stuff a bit early so we can do it together ...there are no rules about this are there ? :-)
Deby

I love your pictures and I love Christmas too. I think some people take the Christ out of the season literally and that bothers me but to celebrate as you and I do is a beautiful way to honor our Lord Jesus. I miss my grandma whom raised me so much during the holidays but the girl's and I have fun. So glad you now have your daughter inlaw.
Hugs, Lisa