Oh, my heart is so full. God is so faithful and precious. He gives so much even though we do not deserve it. We have prayed for years about Joshua's wife. We prayed for her and her upbringing, we prayed that God would be preparing both their hearts for each other. God has answered in a big way!!

Last April, Joshua and Michael and I began to pray in earnest for a wife for Joshua. We turned 23 and felt it was time to settle down. He felt that God layed Brittany on his heart as the one God had for him. We prayed and felt this as well. We also felt God leading us to walk the path of Betrothal. Michael called and approached Brittany's Dad about this possibility. He and Terri, his wife began to pray. Jeff, Brittany's Dad began to start a process of questioning, etc. After about eight months questions, counsel, grilling, and a few more questions he and Terri felt it was God's providential work in the lives of both families. About half way through this process Brittany, who knew nothing about this, came to her Dad and let him know that she thought God had put Joshua on her heart as the one He had picked for her. He agreed to seek the Lord's counsel and would strive to hear His voice in this most important matter. Both sets of parents feel certain that this is the Lord's blessing in our lives.

In early December Joshua was given their blessing and we all planned "the asking" to take place during a previously scheduled vacation to our home. The two families met in 1996 and we were in the same home church together. We all loved each other very much from the very beginning, A few years later we moved back to Ohio, but we still remained great friends. Time and distance are no obstacles to the Lord who brought about His will in His time.

On December 29, 2007 Joshua asked Brittany to marry him. She said yes. He presented her with my Mom's engagement ring.

Terri and I (Michael also helped) prepare a special meal in which we passed the betrothal cup from the brides father to the groom's father and then to the groom as each accepts the covenant and then Josh passed the cup to Brittany. She accepted it and drank from the cup which made the Betrothal legally binding in the eyes of both families and God.

We are very pleased and excited. There are no dates or plans set yet since we wanted to wait until after "the asking" so Brittany would be included. We thought that would be nice! =)

Here is a picture of the happy couple!! 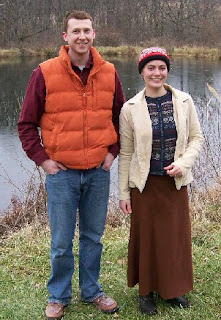 Joshua is an only child and Brittany is one of 8. Her little brother wanted to be in on the pictures. 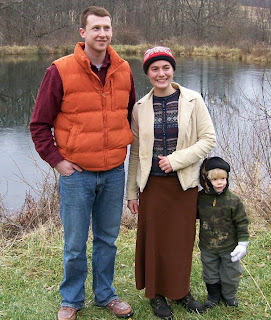 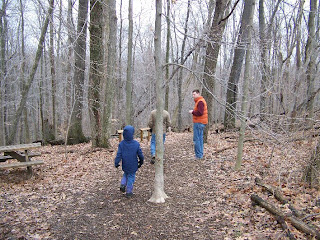 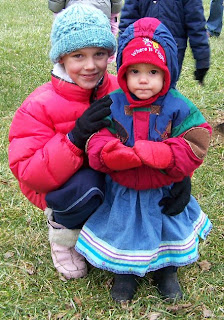 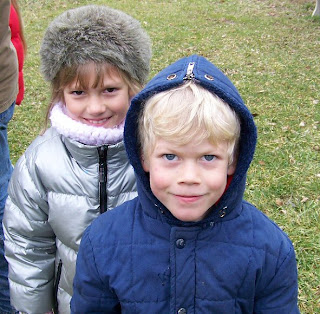 Email ThisBlogThis!Share to TwitterShare to FacebookShare to Pinterest
Labels: Betrothal

Congratulations to everyone! Such a blessing to be welcoming a new daughter through marriage....
Blessings to you,
Michelle

Congratulations to Joshua and Brittany!

Congratulations! Wondering when you would post about it..I am sure you are just "beaming!"

Now thats a blessing!!! congraulations to all

Marci, it is always wonderful news when you are getting a in-law you have prayed about!

I would like to hear more about "the questioning" part. How about a more detailed post on this whole process. It sounds very interesting.

Oh, my! That is such wonderful news that tears welled up in my eyes. Oh, I'm so happy for all of you! And the account of how all of you sought God's will through the whole process is absolutely inspiring. I wish you all the many blessings that a new relationship can bring to each of you.

Oh, how exciting! Congratulations to everyone! Praise the Lord for answered prayer! What a great encouragement this was to me, too, as we pray for ours, their future spouses and their parents and look forward to what the Lord will do!

What a beautiful story! I'm sure the wedding will be awesome. Congratulations and blessings to the happy couple!

Thanks for sharing...what wonderful news! Gorgeous girl, quite a handsome fella...love story. Oh what fun!

Congratualtions to Your Family!!

Oh Marci, that is wonderful news! Just an amazing story of God's goodness to His people. Thanks for stopping by my blog to comment. Though my son is also engages, his son's is totally different. He's a prodigal who has made many decisions in his life that have had dire consequences. It's a long story that I may share with you sometime. Anyway, congratulations and God's blessings to both your families....they're a lovely couple.

Oops, sorry for the gibberish in my comment. Must have been typing with my mouth full, I mean hands full. Gah! I meant to say that even though my son is also engaged, his story is totally different.

What a blessing! I love that the questioning process was going on without the bride-to-be's knowledge! If you find the time, I'd also love to know more about the betrothal process. I've already got my eye on some young ladies I'd like to have in the family someday. ;)

I got your e-mail about this also...that is GOD being faithful. I wish I had enough sense to pray about my boys mates from the begining. Can you imagine what their life will be like starting off with GOD. Keep us posted. Oh & congrats to you to Marci because I know this is a peaceful thing in your heart!