Spring and the Mountains

We went to Virginia this past weekend to attend a wedding. I was shocked at how much things had grown in just 3 days. I will take some pictures tomorrow of the Tiger Lilies. They shocked me more than anything else. Here are some of the hyacinths I had taken pictures of. I have pink, purple and white ones so far. 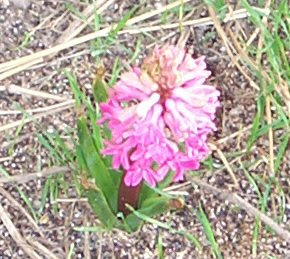 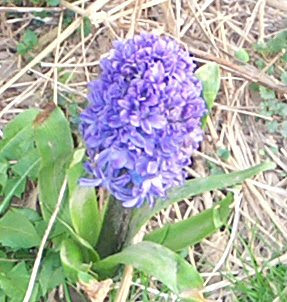 Spring was much farther along in Virginia than it is here. The flowering crabtrees, the flowering cherry trees, and the forsythia were stunning. The red bud trees were showing off as well. Here is my sick little forsythia. It needs to be moved. Nothing does well over in this area. I have lilacs that should be taller than me by now and they barely go past my knees. I need to move them all. I am wondering what time of year is best to move them. Does anyone know? 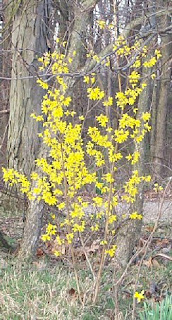 The neighbor's goat had a baby on Friday. I went over to see it this evening. While I was there, mutual friends showed up to see the baby as well. They walked from a mile down the road. They brought their dog with them and their miniature donkey. Some smilin' little guy got to take a ride on him. They have a straw hat for Clyde (the donkey), with holes for his ears. I guess they figured he did not need his hat tonight since there was no sunshine. =) 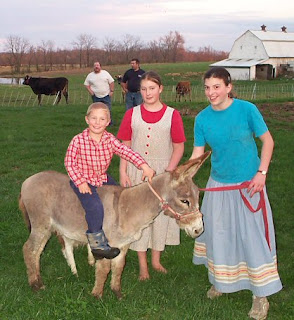 Here is my handsome son. He went with us this weekend. We beat our friends to their house after the wedding. While we were waiting Joshua got out his guitar and serenaded us. Their puppy had been all over Joshua. He was so lovable and Joshua loves dogs and they were best of buddies. When Joshua took the first strum of his guitar, the puppy stopped mid run, dropped his toy he was taking to my husband and stared at Joshua. When he strummed again, the pup ran and hid behind my husband's legs. It was so funny. He was scared to death. Joshua called him over and petted him and let him smell the guitar. However, when he strummed again, the dog barked and took off to hide again. 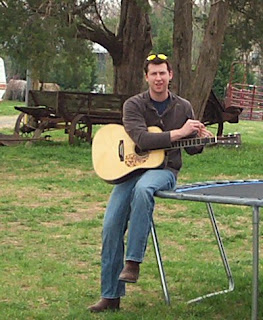 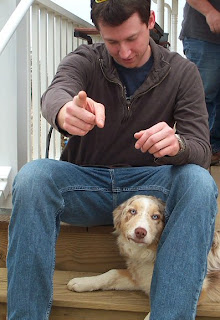 My husband and I have a deep love and desire to one day live on a small farm in the mountains. We believe that God brought us to where we are right now, but still hope that one day, our dream will come true. We drove through the mountains this past weekend. It just does something to us. We are not the same. I can truly see the grandeur of God in the mountains. The trees were just starting to bud out. A few trees had baby leaves. You could see the blush start at the base of the mountains and sweep upwards. Many of the peaks were covered with some sort of pine or evergreens. Here are a couple of pictures we took this past weekend. The last picture is of a bridge called Humpback Bridge. It is the oldest all wooden arched bridge still standing. It has been restored and is in a little park. It is only open for foot traffic. 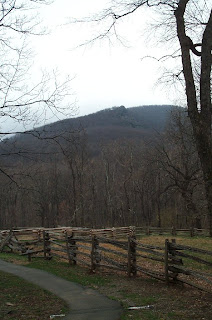 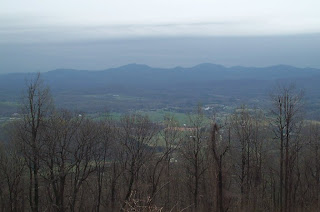 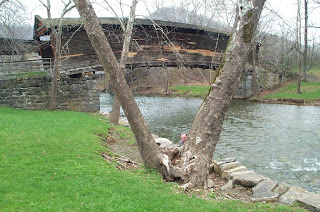 Marci, I share your love of the mountains. I feel renewed everytime I visit the Greak Smoky Mountains in Tennessee. I can feel my spirit soar when I view them. I can't explain it, and I didn't know I felt that way until I saw them the first time. They definitely affected me so profoundly. If my life could be transported there easily, that would be the place I would choose to live. But I was planted here, so here I will be, unless I become uprooted someday. Have a blessed and happy Easter. :)

So nice you had a good trip, and a safe one! The redbuds and the dogwoods are putting on a show here right now. They are so pretty.

I was born in SE Kentucky and I love the mountains too. They are so pretty!

That dog must never have heard the guitar before!!

That donkey, Clyde, is so cute!

Have a wonderful Easter!

I'm glad you are back and had a good time. But, I have bad news... Those flowers are not gladiolus, they are hyacinths. teehee :-D Beautiful pictures!

I was born and raised in western nc mountains. Miss them everyday but at least I can go back to the homeplace and visit my daughter and grandchildren and sit on the porch and look at my mountains. You can move your bushes anytime after they stop blooming and they will be fine.

Marci....we love the mountains too....I have a question though. In the last picture of the bridge...isn't there someone hiding behind the tree? ;)

I was just reading your profile and you listed Anne of Green Gables as a favorite and also Anne of Avonlea!! Aren't they just the best??? I love those!! I'm trying to get all the Avonlea one's on DVD. I have 3 season's so far. I love how they dress and their hair and they are such good shows!! Truly we have nothing on TV these days to compare to that!!

Melanie, you have good eyes. If you click on the picture it gets bigger. That is Michael peaking out from behind the tree.

Rachel, is Anne of Green Gables on TV? We don't have TV, but are able to watch a video.