We have been busy here on the farm. Last week, I made feta cheese using the cow's milk. It tastes wonderful and I am thrilled with the final product. I have 2 rounds floating in brine. I also tried Monterey Jack for the first time. We are going to age it a bit before tasting it. I need to make cheese again today. I am going to make either Cheddar or Colby. I will be making bread since we are out. :) Tomorrow they are having a bake sale at Michael's work to help feed homeless people. I am making a huge batch of cinnamon rolls to send. I guess I have my work cut out for me today. :)

Yesterday, before Michael got home from work, I happened to glance up just in time to see a cow go by my living room window. :) You never know what you will see when you look out the window here. I heard a noise one time in the night. I went to see what it was and Buttercup was eating out of the bird feeder right outside the window. :) Anyway, I figured if one cow was out, then others were as well. Sure enough, they had broken out and came to visit Buttercup who was in the pasture up front. They were standing there chatting with her. Praise the Lord for the Wonderful Neighbors and the "Cow Patrol." I called and the four oldest children came to assist me in putting them back in. I was trying to use Star to assist me in keeping the cows away from the house area. Using peanuts, I lured Clover to come to me and grabbed her halter. The WN Girl came and got her and started heading out to the big barn. The two steers went into the barn across from the house. I went in to try and herd them back in the direction they needed to go. Instead of running out toward the other barn, they went over near the back side of Buttercup's pasture. It had a fence partially around it, but the one side was open and if they went that way, they could go into the WN's garden. I was trying very carefully to keep from spooking them in that direction. They headed out to the far end of the pasture which was enclosed with fence. I started pulling posts on the movable electric netting and closing them in. I was able to contain them in a fenced area to await Michael's return home. :) The WN children had gotten Molasses by the halter and they attached both Clover and Molasses to the hay ring. They got Nutmeg in as well. Something was wrong with the charge on the wire. The cows had chewed it in half up near the barn. The WN girl tied it back in a knot and they turned the fence back on. Michael arrived about 10 minutes later. He took care of the details with the fence and the WN's helped him to get the two steers back to where they belonged.

Life sometimes gets too busy and I don't get outside to get pictures or even get on here to blog. We are going to have a possible freeze tonight and the next night, so I thought I would get some pictures of the plants outside in case the freeze kills them.

This is my bleeding heart plant. It is right outside my door. 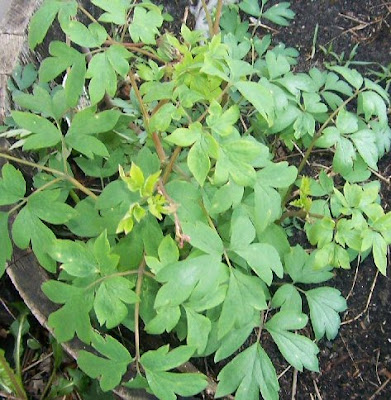 If you look close in this picture you can see the first little buds of the flowers starting. 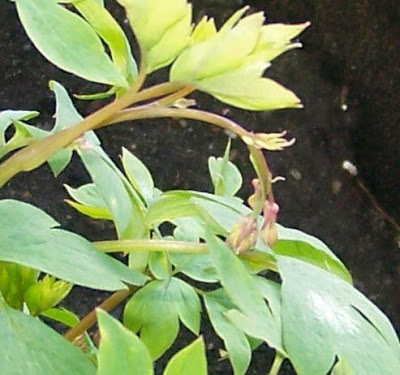 I have Iris blooming out front as well. The Vinca vine that you see was planted in a whiskey barrel planter probably six years ago. It came back the next year on the outside of the planter. It has slowly spread across the front. I am letting it go as it makes a nice ground cover. 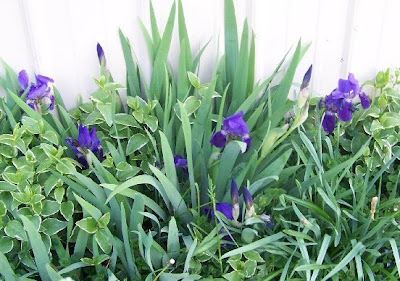 My Wisteria is just starting to bloom. I am praying that the freeze does not kill it. This is only the second time it has bloomed. I just love it. Here are several pictures of it. You can see one of my sheep in the background on one of the pictures. 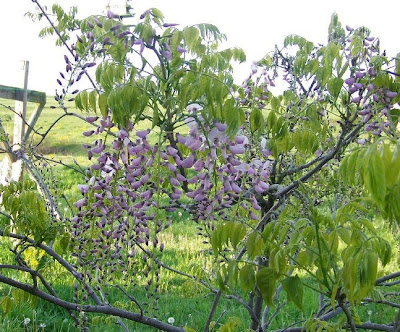 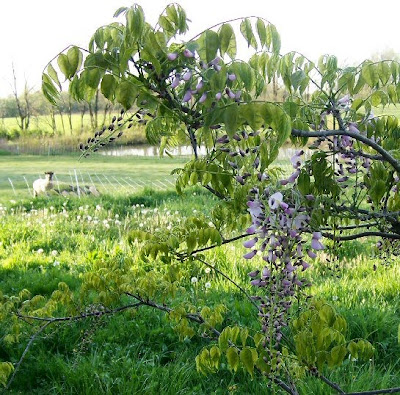 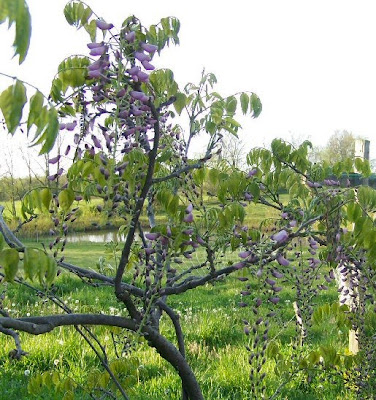 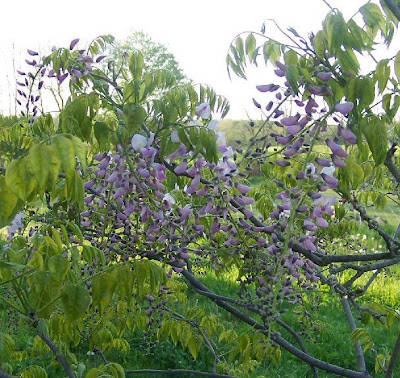 I think the frost killed some of the Lilac buds. This is the only thing on the 2 bushes that is blooming. 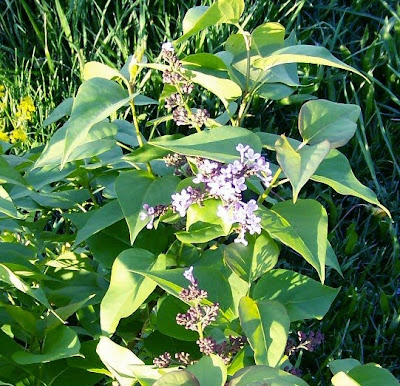 I opened the bluebird house and took a picture, but it turned out too dark. There was at least one baby bird in there. I could not see if it was a bluebird or not.
Posted by Marci at 7:31 AM

Hi, Marci! I stumbled upon your blog while researching farming and "hobby" farming. We are dreaming about getting a place with some land in the next year or two:) Looking forward to reading more of your blog!

I wish I was there to learn to make cheese!
Regina

Marci,
I'd sure like your recipes for colby and feta. All I've been making is mozzarella, and the recipe we use is quite different from yours. I try to use up 6 gallons of milk every time I make mozzarella cheese (3 batches), but the next day I open the milk refrigerator door and find it just as full!

For the first time in my life, I experienced lilacs this spring! We've lived here in the Amarillo area for nearly 4 years and didn't know they were here, but the house we are renting has them all over the yard. They were gorgeous. Done now, but now it's time for the Irises to open and PEONYs, OMG the Peony bush is about to explode! I have lilac photos on my blog if you'd like to see ;-)

Your flowers look so pretty!

And, loved the cow story--those WNKids are priceless aren't they!? :)