We have been following Dave Ramsey's Financial plan. We are working hard at getting out of debt. We have been throwing extra money toward our debt. We are making great headway.

If you have followed my blog for any length of time, you know my desire for another honey colored Jersey cow. Yes, I will tie this together with the first paragraph. :) Buttercup is at least 15 years old. We don't know exactly how old she is, but she was due with at least her second calf when we bought her. So, she had to be at least 3 at that point. She has been the best cow and gives the best milk and cream we have ever tasted. Jersey cows come in all colors, yet when I think Jersey cow, I think that honey color like Buttercup is. 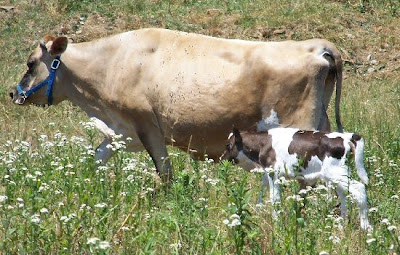 We had Buttercup bred to a bull from an old line of Jerseys that did well on grass. When she had her calf it was a little honey colored heifer (girl). I named her Honey. By 4 months, she turned dark brown and so I renamed her Molasses. 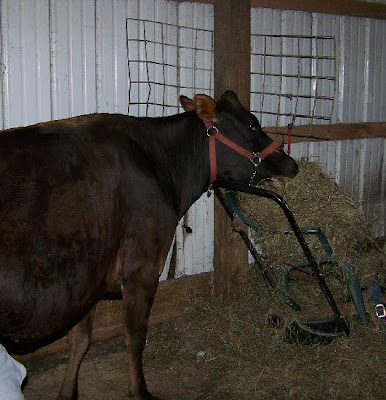 I prayed one year when Buttercup was pregnant that we would get a little honey colored heifer. I got a heifer, but this is what she looked like. 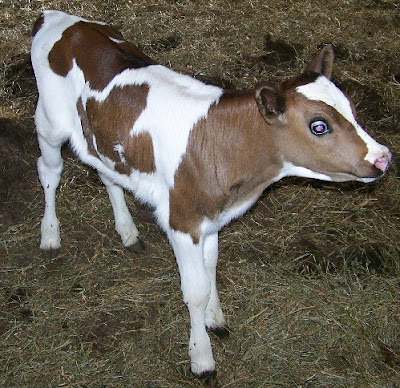 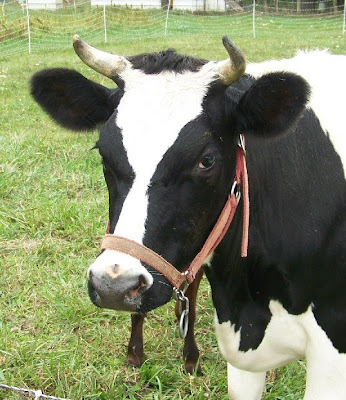 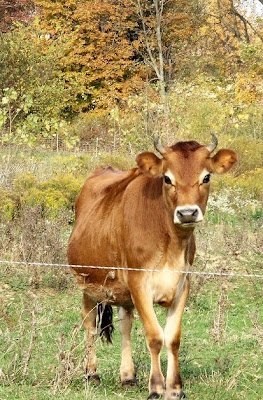 We have good friends who raise Jersey cows. I was telling her my tale of wanting a honey colored heifer. She told me that if this year she had an extra honey colored heifer that I could have her at a good price. We talked earlier this year, and they did indeed have one that they would be selling. They are waiting until June to make sure it is going to stay honey colored. We may take it anyway, because of some future plans we have. Anyway, back to the Dave Ramsey thing.... a cow is not really in the "budget". So, I am trying to raise money outside the budget. I have been selling books and I have someone coming to look at a set of dishes I have tomorrow. I save my blow money (which is not much though) and anything extra I can scrounge. If the dishes sell tomorrow I am over half way to my goal.
Posted by Marci at 8:55 AM

I am right with you! I don't even have the first cow, but that is what I am praying for also...a honey colored Jersey cow. My husband said...."what can we buy from them to get her to her goal?" after I read your post to him...so how can we help? :) And if your friend has a "spare" honey colored cow...give me a call!

Oh, and I hope you don't mind...I linked your blog on mine. http://wallacehomestead.blogspot.com/2011/05/someone-to-check-out.html